GWM ORA Lightning Cat Rolled Out with Emphasis on Safety

At the launch event, Dong Yudong, CEO of the ORA brand, introduced highlights of the new car to the public. He was also awarded the CATARC (China Automotive Technology & Research Center) TOP Safety “Collision Challenge Certificate” for Lightning Cat which was issued by Zhang Jinhuan from the China Society of Automotive Engineers.

Earlier, the Lightning Cat was tested by the CATARC about high-speed spiral rollover and falling. The test was taken at an authorized site of the CATARC. Before it began, the model’s intelligent assisted driving functions were all turned off. Then, it was operated by a robot to run at 60km/h towards the spiral single-sided bridge and caused a huge crash that made the car roll 540° and fell into the pit. The maximum drop in the test was over 6 meters.

After the test, the occupant compartment of the model remained well and provided enough living space for passengers to survive an accident. The structure inside the battery pack is intact and no electrolyte leakage or spontaneous combustion was observed after 24 hours left to stand.

ORA Lightning Cat adopts a cage-like car structure. Its body is made of high-strength steel. The advanced hot-stamped steel with a maximum strength of 2,000 MPa was adopted for the model’s A/B pillars. All these can ensure the safety of the vehicle and occupants in case of a crash.

The Worry-free Battery of the model also passed 4 special CATARC safety tests for batteries under extreme conditions. There was no fire or explosion caused by pin-prick, fire, and other tests.

Various intelligent functions of driving assistance, which were turned off in the test, are also highlights of the ORA Lightning Cat. It is equipped with ORA-PILOT 3.0 intelligent driving assistance system, which can smartly identify vehicles, pedestrians, bicycles, and others through its cameras and radars. In case of an unsafe distance from the obstacles, the system can automatically make an alarm and take emergency measures to reduce the risk.

The design of its exterior, power system, and other attractive features were also displayed at the launch event. With a super streamlined aesthetic design, the model boasts an ultra-low drag coefficient of 0.22Cd. It is equipped with an adaptive electric rear spoiler, which automatically unfolds when the speed is above 70km/h to quickly separate the rear airflow. ORA Lightning Cat is sold in various versions on the Chinese market, including one with dual electric motors and a four-wheel-drive system, which offers a maximum power of 300kW and a maximum torque of 680N•m. 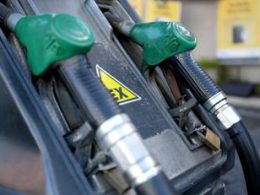 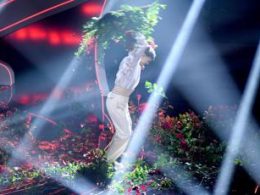 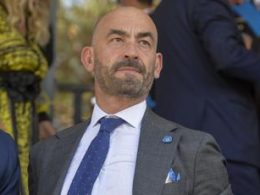