Hassan Sheikh Mohamud, President of Somalia, said: “This agreement highlights that Somalia is open for business and international investment after the conflict that has blighted the country for so many years. I would like to thank Coastline for its commitment to Somalia, as it has fulfilled its promise of investing here, unlike so many other companies. Coastline clearly sees significant opportunity in Somalia and we share its vision. The Federal Government will do all it can to support this project and we want the first exploration well to start as soon as possible. Today marks a major step forward for Somalia as we look to develop our energy industry which should deliver material benefits for all Somalis. Energy independence, new tax revenues and further foreign investment in Somalia now beckons.”

HOUSTON, Oct. 21, 2022 /PRNewswire/ — Coastline Exploration Limited (“Coastline”), an upstream oil and gas company focused on East Africa, announces that further to its statement on February 19th regarding the signing of seven Production Sharing Agreements (“PSAs”) covering offshore, deep-water blocks of the Fedral Republic of Somalia, it confirms it has received final authorisation for it to proceed with its exploration programme from the competent authorities within the Federal Government of Somalia (“FGS”).  As a result, in line with the terms of the PSAs, Coastline has paid the agreed US$7 million signature bonus to the Somali Central Bank.

Authorisation was granted following conclusion of an in-depth review conducted by the FGS into the process followed by Coastline and by the relevant Somali Ministries and related advisory groups with respect to the signing of the seven PSAs in February of this year.

Coastline estimates that approximately 100,000 barrels of oil a day will flow from each discovered field, and in the success case Coastline hopes to discover multiple offshore oil fields.

Coastline has invested over US$50 million in Somalia and is committed for the long-term and has been engaged with multiple stakeholders in Somalia since 2018 in respect of its PSAs and plans for the development of the country’s offshore energy industry. Coastline’s PSAs will enable the Company to proceed with plans to explore for oil and gas on the many prospects and leads identified in the waters offshore Somalia.

Coastline is proud of the work it has done in Somalia to help develop the energy industry and to enhance the future prosperity of the Somali people. Likewise, it is proud of the strong relationships it has built with the Federal Government during the long period of time it has been active in the country.

His Excellency Abdirizak Mohamed, the Minister of Petroleum and Mineral Resources, said: “Having seen how transformational new domestic energy sources have been for other countries in Africa, we are very excited by the potential of these offshore oil fields. Today’s announcement really kick starts the energy industry in Somalia and is a turning point for the development of what is a critical revenue-generating area for the country.”

W. Richard Anderson, Chief Executive of Coastline, commented: “Receiving the clearance authorisation means that we are now able to start our exploration programme. Revenues from the discovery of commercial quantities of oil will be transformative for Somalia from which the government could finance investments in education, infrastructure, healthcare and other vital services, which will benefit all of the people of Somalia, delivering continued economic growth and improving the standard of living.”

Jacob Ulrich, non-Executive Chairman of Coastline, said: “We are delighted to have been given the go-ahead with the PSAs and we feel confident that we will discover major energy reserves which will have a materially positive impact on all Somalis. With the right partners in place and a supportive government, Somalia’s nascent energy industry can look to the future with confidence now that there is a clear road map to potentially securing a sustained domestic oil and gas supply.”

Coastline Exploration, the US based upstream oil and gas company focused on East Africa, was established to help develop the hydrocarbon industry. The Company believes there is huge potential for further significant oil and gas discoveries across offshore East Africa including offshore Somalia. 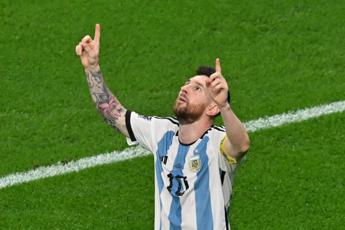