(Adnkronos) – TORINO, Italy, June 21, 2022 /PRNewswire/ — Pininfarina celebrates another important milestone in its history: half a century of excellence in aerodynamic and aeroacoustic research. In 1972, exactly 50 years ago, Pininfarina became a leader in this sector when then Chairman Sergio Pininfarina inaugurated the Wind Tunnel in Grugliasco, near Turin. It was Italy’s first wind tunnel to be built for testing full-scale cars, at the time one of only seven in the world.

The Wind Tunnel has always been a cutting-edge strategic tool for OEMs in the automotive sector. The advent of electric mobility, introducing new challenges in the field of aerodynamic and aeroacoustic development, has made it even more decisive in the search for increasing autonomy and interior comfort. The Wind Tunnel has also proved to be a powerful tool for testing and developing products across all sectors in which Pininfarina is fully committed. Examples include aircrafts, high-speed trains, yachts, buildings, wind engineering, industrial design and sporting goods.

“The Wind Tunnel has given our Company a considerable competitive edge, being the only design company to own one. Born as a tool with which Pininfarina developed its own projects, today it’s a strategic asset for the Group, thus expanding the portfolio of services that we offer to the market: an activity that supports other sectors beyond the automotive, from transportation to architecture, from nautical to industrial design”, CEO Silvio Pietro Angori.

The Pininfarina Wind Tunnel, which also boasts a new logo made especially for its first 50 years, is future-oriented. Its testing capabilities are being constantly improved thanks to the development of innovative measurement techniques in both the aerodynamic and aeroacoustic fields. It’s also one of the few in the world to have a TGS – Turbulence Generator System able to create various conditions of controlled turbulence, associated with gusts of wind, overtaking manoeuvres, cross winds and vortices generated by cars ahead. The Ground Effect Simulation System, instead, allows faithfully reproducing real vehicle motion conditions.

“I am very proud to share with you the celebrations for something that was born out of my Father’s genius. Without a doubt Pininfarina has a real passion for aerodynamics. And it’s a passion that has lasted more than 50 years, long before my father decided to build this structure. It all began with my grandfather Pinin, whose visionary intuition in aerodynamics is exemplified since the Lancia Aprilia Aerodinamica produced in 1936,” said Chairman Paolo Pininfarina.

Embark on A Personalised Search Journey with Petal Search

MOËT HENNESSY STRENGTHENS ITS GLOBAL PORTFOLIO OF EXCEPTIONAL WINES WITH THE ACQUISITION OF JOSEPH PHELPS VINEYARDS, ONE OF THE MOST RESPECTED AND ACCLAIMED WINE PROPERTIES OF THE NAPA VALLEY IN CALIFORNIA

Embark on A Personalised Search Journey with Petal Search

MOËT HENNESSY STRENGTHENS ITS GLOBAL PORTFOLIO OF EXCEPTIONAL WINES WITH THE ACQUISITION OF JOSEPH PHELPS VINEYARDS, ONE OF THE MOST RESPECTED AND ACCLAIMED WINE PROPERTIES OF THE NAPA VALLEY IN CALIFORNIA 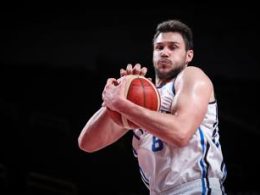