LONDON, Nov. 22, 2021 /PRNewswire/ — New evidence has come to light which points for the first time to British involvement in “Operation Valkyrie” – the infamous failed 20 July 1944 plot to kill Hitler. Up until now history books presumed that the operation was exclusively the work of the German resistance.

Intelligence author Nigel West made the discovery while researching a new history of the “Abwehr”, the German wartime intelligence agency. At the heart of the conspiracy was the grandfather of Prince Frederick Solms-Baruth V, who is fighting the German government for the return of his family’s property.  It acted as a base for the resistance and was confiscated as punishment by the Nazis after the plot failed.

Now the discovery of a British agent recruited by MI6 two years before the attempt and embedded close to the top of the resistance, shows that MI6 was fully aware, complicit – if not actively involved – in the assassination attempt.

MI6’s asset, Dr Otto John, was perfectly placed to act as a spy. Undercover as a Lufthansa lawyer, he travelled frequently to neutral Spain and Portugal at the behest of Colonel Georg Hansen (who would rise to be appointed head of the Abwehr) to hold extensive meetings with the British regarding the liquidation of Adolf Hitler, without arousing suspicion.

HOW THE DISCOVERY WAS MADE

This information was never connected until West made the discovery. His previous work had already established that MI6 agents Winsor has been in contact with John, but until now nobody had realised the significance of their meetings and the role John played for Colonel Hansen. Further confirmation came from MI5 Oxford-academic and ex-MI5 analyst Herbert Hart (later Professor jurisprudence at Oxford University), who minuted in John’s recently declassified MI5 file that he had indeed been working for the British since 1942.

This casts a new light on the famous plot, which was previously attributed as exclusively the work of German resistance. As a spy, John´s role was to act as an intermediary between Georg Hansen, and MI6. Until West’s research, to be published in his forthcoming book, this connection was unclear.

MI6 holds a sealed file on Otto John, which it will not declassify on the grounds that the Service has no legal requirement to do so, and has a duty to protect the identity of all agents, even those long-dead. Dr John died in March 1997.

THE REASON FOR THE DISCOVERY

Solms-Baruth has carried on his father´s fight to have the family estate, currently still in possession of the Federal Republic, returned.  It was confiscated by Nazis for the central role his grandfather Prince Frederick III played in the July 20th coup. His grandfather acted both as advisor to the new, post-assassination constitution, based on the British model, and provided his castle as the HQ for plot preparations.

It was Prince Frederick Solms-Baruth V’s team´s extensive research that led Nigel West to substantiate that the castle of Baruth had become the headquarters for the resistance, housing the Abwehr conspirators who supplied the British explosives and time-fuses for the bomb, and then to discover the link to British Intelligence via Otto John.

“This is unprecedented. The object of this research was to categorically confirm my grandfather’s house as the resistance Headquarters.  I never dreamt it would also reveal British involvement in trying to bring down one of the most evil men in history.”

December 9th sees a further legal hearing on the 32-years long Solms-Baruth restitution case in the German courts and includes this new evidence.

More can be read here: https://www.solms-baruth.com/about-pince-frederick-solms-baruth-v

More can be read here: http://nigelwest.com/abouttheauthor.htm

His book Hitler’s Nest of Vipers will be published by Frontline Books in 2022. 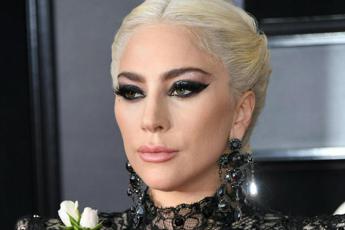