LILLE, France, Nov. 2, 2021/PRNewswire/ — After its inauguration last September, the Port of Calais—the first French passenger and freight port (Ro-Ro)—opened its new terminal on the evening of Sunday, October 31. In order to mark this milestone in the Port of Calais’ history, the first passengers were welcomed in a festive atmosphere.

The first ships were greeted by a pyrotechnics display that lit up the new wharf as they passed through the new Charles de Gaulle Basin, and passengers waiting on the loading areas were treated to a laser show. Everyone shared this moment high in emotions that capped a unique six-year project for the Port Boulogne Calais.

“This is a historic evening for the Port of Calais! I’m thrilled and moved to see this new Port come to life tonight. Its opening today marks the beginning of a new story for the Port of Calais. Once again, I’d like to thank everyone who worked directly or indirectly to make this project a success. We’re now poised for the future with peace of mind,” said Jean-Marc PUISSESSEAU, CEO of the Société d’Exploitation des Ports du Détroit.

As the Port’s capacity limit had been reached, its extension was deemed essential. In addition to increasing terminal capacity, the challenge also consists in accommodating future generations of ferries over 220 metres in length, which require longer docks and a larger basin to operate.

Located at the heart of one of the busiest passenger and freight transport straits in the world, the new Port of Calais was designed as early as 2002 by the Chambre de Commerce et d’Industrie de Calais, the Port’s concession operator at that time. This project to extend and modernize the Port through 83 million euro investment was designed to anticipate and adapt to the evolution of cross-channel boat traffic, for new generation ships, for tomorrow’s logistical and industrial needs, and to meet new environmental standards. 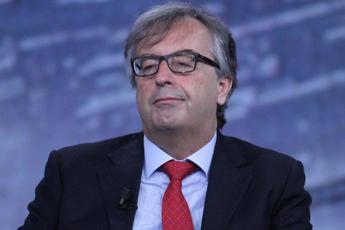