CUIABÁ, Brazil, Nov. 2, 2021 /PRNewswire/ — AMAGGI and other nine of the world’s biggest global agricultural trading and processing companies have issued a joint statement committing to a sectoral roadmap by COP27 for enhanced supply chain action consistent with a 1.5°C pathway.

The ten companies – AMAGGI, ADM, Bunge, Cargill, Golden Agri-Resources, JBS, Louis Dreyfus Company, Olam, Wilmar and Viterra – manage large global trade volumes in key agricultural commodities, including more than half of both Brazilian soy exports and global palm oil trade. The statement, announced at the World Leaders’ Summit on Forests and Land Use at COP26, signals a commitment to take urgent collective action to include other key stakeholders in their supply chains. The goal is to identify solutions at scale to further progress on eliminating commodity-driven deforestation and reducing greenhouse gas emissions (GHG).

“Having recognized our role as one of the world’s major agribusiness players, we recently announced new ESG targets as well as the new commitment ‘Towards a Deforestation- and Conversion-Free Grain Chain’, with ambitions related to forests, climate, ethics, governance, and human rights. We joined the Science Based Targets initiative (SBTi) through the Business Ambition for 1.5°C Campaign and became part in the UN’s Race to Zero Movement, making AMAGGI stand out as the first Brazilian grain company to pursue such ambitions”, said Judiney Carvalho, AMAGGI’s CEO.

The Intergovernmental Panel on Climate Change estimates that 23% of global GHG emissions are associated with land use, including 11% of global GHG emissions from deforestation and the conversion of natural ecosystems. The commitment from these companies builds on the existing initiatives to define a pathway to meet the 1.5°C targets, working with other supply chain actors and governments. This collaboration will focus on how to scale up support and incentives for smallholders and farmers, increase traceability to indirect suppliers, and better track scope 3 emissions.

The joint statement comes following a roundtable meeting in October convened by US Special Presidential Envoy for Climate John Kerry and UK Secretary of State for the Department of Business, Energy and Industrial Strategy (BEIS) Kwasi Kwarteng, supported by the Tropical Forest Alliance and the World Business Council for Sustainable Development. Ongoing collaboration continuing to COP27 will be supported by these actors.

Alongside the announcement from these ten companies, a joint statement from more than 22 governments was announced at COP26 via the Forest, Agriculture and Commodity Trade (FACT) Dialogue Roadmap for Action. This joint statement calls for governments to increase sustainable agri-commodity trade while protecting forests and other critical ecosystems.

Recent evidence shows that there is no pathway to the 1.5°C targets set out in the Paris Agreement without halting forest loss and improving the livelihoods of producers. The joint statement signals a recognition of the critical role played by businesses working in agricultural commodities.

About AMAGGIFounded in 1977, AMAGGI is the largest Brazilian grain and fiber company. Present in several stages of the agribusiness chain, AMAGGI operates in the agricultural production of grains, fibers and seeds, origination, processing and commercialization of grains and inputs, grain river and road transport, port operations, in addition to the generation and commercialization of renewable electric energy.

Headquartered in Cuiabá (MT), AMAGGI is present in all regions in Brazil, with farms, warehouses, offices, factories, river and road fleet, port terminals and hydroelectric plants. There are 74 units located in 42 municipalities in 9 different states. Abroad, the company has units and offices in Argentina, China, Netherlands, Norway, Paraguay, and Switzerland. 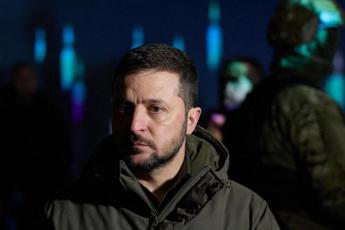